You are here:
VA Disability Compensation 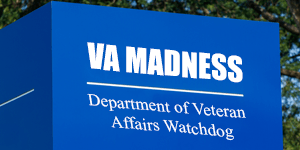 I currently have twenty-nine conditions service connected.  VA committed errors on twenty-six of those claims resulting in either denials or incorrect ratings; thus, VA has a 90% failure rate on my claims.  Maybe I’m just very, very unlucky; however, there is government data that supports a very high VA failure rate.  Two departments within the VA; the Office of Inspector General (OIG) and the Board of Veterans’ Appeals (BVA) both report numbers that support my experience is not isolated.  An OIG inspection (July 2020) of the VBA Systematic Technical Accuracy Review (STAR) program reports alarming data.  The STAR program is one part of the Compensation Service’s multifaceted quality assurance program to ensure disability compensation benefits are provided in a timely and accurate manner.  The OIG inspection found that the STAR error rate is 55%.  Now think about that realistically: STAR personnel review 100 completed claims for errors and find no errors.  The OIG looks at those same claims and finds 55 of the 100 actually have errors.  What the hell, right.

The inspection uncovered a number of disturbing facts, but in a nutshell one sentence says it all, “The OIG team found that the expertise and accuracy of the work of STAR staff could not be ensured, which also influenced the quality of the review process.”  Now consider the STAR program is responsible for reporting the VBA 90% accuracy rate.  The OIG inspection makes any accuracy number reported under the STAR program dubious at best.  Of course, this information is not new.  Every year OIG conducts inspections of VBA sites around the globe and nearly always identifies claim error rates far higher than actually reported by VBA publicly.

Complimenting the OIG findings is the data reported by the BVA. Each and every year the BVA compiles a report to congress and each and every year that report details extremely high VBA claim error rates.  BVA reports to congress go back a couple of decades.  The most recent BVA report (2019), as usual, documents a very high VBA claim error rate.  The report cites a 45% VBA claim error rate for appeals considered under the Appeals Modernization Act and 79% for claims considered under the legacy appeal system.  Meaning the VBA was only accurate 55% and 21% of the time.  Far from the claimed 90% accuracy rate.  There is no data publicly available, at least that I could find, outside of the VBA that supports the VBA accuracy claims.

One thing we all have to remember is that the claim failure yet isn’t just a percentage; there are veterans at the root of every claim for compensation.  The failure rate noted by the BVA in 2020 involved 93,000 claims, meaning tens of thousands of veterans had their claims denied when the evidence did not warrant denials.  I have no doubt that many of those veterans are in great need and without compensation their quality of life is suffering.  How many will consider suicide after their claims are denied?  How many will die without seeing their claims given a fair adjudication?  I feel for every single veteran unjustly denied compensation.  Especially since it often takes years to correct the VBA errors that led to the unjust denial.

Click here to get free help with your VA Disability Claim

How to Increase Your VA Disability Rating
January 10, 2021

The Theory of Service-Connection
October 31, 2020